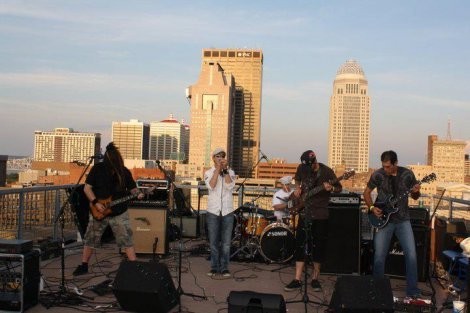 Year of the Gun

Eddy and Steve met in the early 90's when both were playing in original thrash/Metal bands. Eddy (singing w/ Inhuman) eventually moved from frontman to guitarist and formed several original metal bands over the years. Steve eventually quit Shattered Reality and took a few years off. In 1999 he then joined "Orion" then formed "Blowfly" another cover band. after 2 years he was approached by the members of the original band "Never" and asked to join. That lasted just under 3years. Again after a long hiatus, Eddy asked Steve to come see the band he was putting together. That was in April of 2009. With a new name and new sound "Year of the Gun" was born. Lee Lanham is a seasoned bassist with lots of experience. He's played with several original bands including "Intak". He is a very important member. Matt "the rat" Roeder is a lead guitarist anyone would be greatful to have. He has been jamming with Eddy for years. Recently we found our latest drummer....Chuck. He isa veteran of thelocal & regional scene. We all love what we do and it shows. We're going to be recording some new material very soon. Hopefully it turns out good. Fingers crossed.