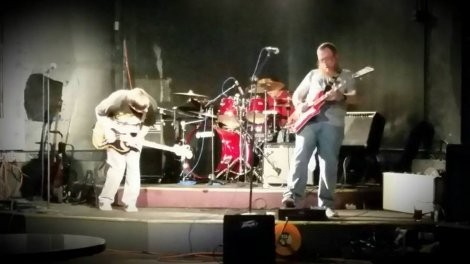 In December 2011 three musicians from Austin, Indiana collaborated with Justin Spicer (guitar, vocals). Needing a singer, he became the frontman of Rust N' Bones. The original lineup consisted of Justin Spicer, Dave Stevens (drums), J. Alan Miller (bass) and Jason White (rhythm guitar). Due to creative differences Jason left the band in January 2012. Thus becoming a power trio. In March of 2012, J. Alan Miller also left the band due to creative differences, a week before their first performance. They brought in Kaitlin Distel on bass. After only one practice they played their first show at O' Neals in Scottsburg, Indiana.

After differing opinions and falling-outs , The Final Line up consist of Michael Moody on drums- Justin Spicer on Vocals and Guitar. Rust N' Bones honed in thier sound of pure Rock N' Roll. Their influences ranging everything from Black Sabbath to The Stooges and even the great Muddy Waters. They aren't concerned with preconceived ideas of what Rock N' Roll is "supposed" to be. They play what they feel, they play what they like.