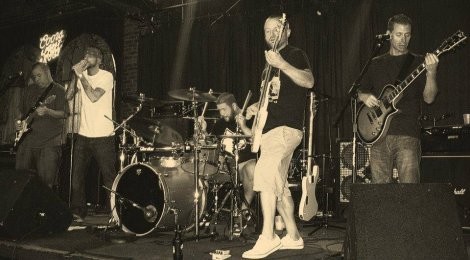 Some Kind of Saints

Founded in September of 2008 in Louisville, KY. Prior to this date, the band consisted of Rhian Smith(Guitar),Justin Browning(Guitar),Jeremy Browning(Bass) and Dallas Tyler(Drums) playing together as "After the Fall" from 1998-2005. Not to be discouraged,they continued to practice every week without a lead singer for the next 4 years. Finally in the fall of 2008 Corey Robinson(Lead vocals) stopped by a practice to see if there was common ground there. Fitting in perfectly, "Some Kind of Saint" was created. Since coming together, the band has enjoyed local popularity due to the release of three singles from their EP "Back Against the Wall”, which was released on July 18th, 2009. The singles "Let Me Stand”, “Separate", and "Torn Away" continue to play on local radio stations. They also gained notoriety by opening up for national recording artist"Chevelle" in May 2009, "Taproot" and "Cold" in September 2009. The band recently signed a Digital Distribution Deal with Quickstar Productions of Baltimore,Maryland to release their EP "Back Against the Wall" and ringtones on December 1st,2009,which is available now on Zune.net,Amazon.com,Itunes,Napster and many other online distributors. Now with an additional lineup of songs, the band is looking to record their first LP in the near future.