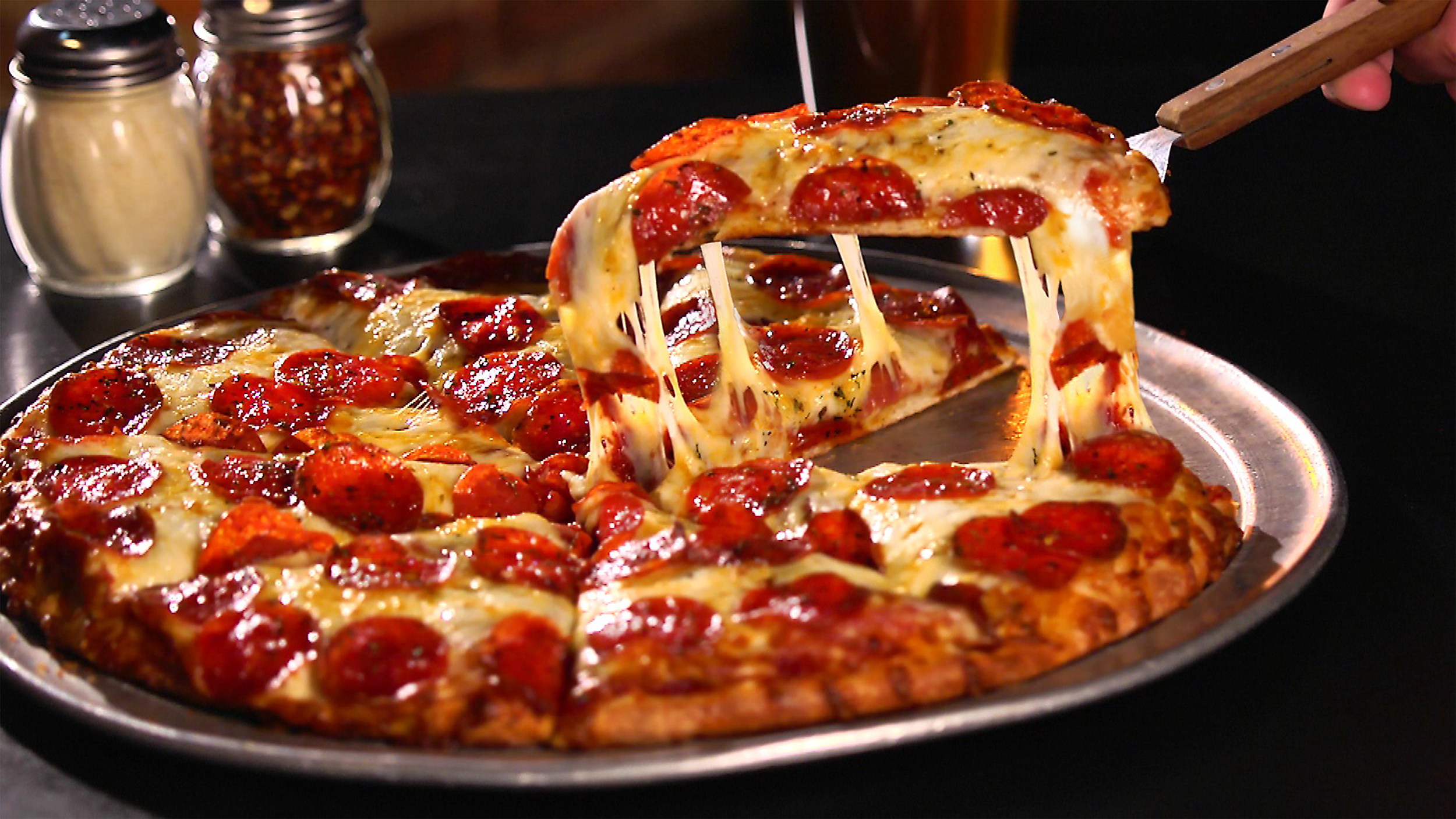 Originally a special for National Pizza Month in October, it was so popular that Wick's is now proud to introduce the Double Pepperoni Edge Pizza as part of our menu full time!  This pie has one layer of large pepperoni under the cheese and a second layer of smaller pepperoni over the cheese, both giving unique flavors specific to that style.  But to make it really interesting, we're taking it all to the edge, with cheese, tangy sauce and zesty pepperoni threatening to escape the very confines of its dough! Two different pepperoni tastes in one great pizza!